This is the story of our new brand, InsideOut Today!

It has been a very interesting journey since our company was born in 2009, launched by Andrea Volpini who initiated the setup for the company beginning of the year then myself, Fady Ramzy, joined as the country manager in June to start the journey of Interact Egypt bringing online innovations from the European market to Egypt and the Middle East. Interact Egypt, started as the regional office for Interact SpA to strengthen the footprint in Middle East and North Africa, especially in the Telecommunications market. We started building the team and we were (and we still are) very focused to get the best calibers in town in terms of technical skills as well as personal entrepreneurship & enthusiastic spirit! The very first team members were Remon Magdy, the brilliant Service Delivery Manager, Ahmed Atef as support engineer & Jasmine Alladin our energetic online marketer. Celebrating Andrea’s birthday in Cairo 2009, with an exciting gift from the team: A Shisha 🙂

And we moved forward …..

Now we were closer and more local to our Egyptian as well as regional customers in Egypt, Tunis, Algeria and others, even including Pakistan. We started our journey by having all the R&D operations done in Cairo as well as the regional support operations. Lastly was the business development to grow our own regional footprint and it was interesting to expand our customer base to Saudi Arabia, Kuwait, Ghana and others in the MENA region. We were also proud to have a network of worldclass technology partners, like RealNetworks where we launched their Helix 13 platform in 2009 in Cairo in an interesting event inviting partners, customers and telco/media key players. Since then, we have been their regional partner for next generation streaming technologies. We were always committed share our experience to the local community through lots of public events we did as online marketing consultants, also with giant partners like Al-Ahram (in media & publishing sector, check the photo set) and Ministry of Communications & Information Technology (in Government sector, check the photo set), Google (in ICT sector, check the photo sets & session video) and IOETI (In travel & tourism sector, check the photo set) and also Markedu and Afritech (in the sector of online marketing, check the BBC interview and photo-sets: Markedu & Afritech). Based also on our commitment to local startup eco-system, we believe that we did the very first web-seminar about E-marketing for Entrepreneurs in Arabic! http://www.youtube.com/watch?v=DMG9hR_hG20

A major milestone for Interact Egypt, as well as the whole Egypt, was the Jan 25th revolution in 2011 where young Egyptian generation wanted to create a new Egypt that’s more dynamic and enthusitic going away from 30 years old stagnant political regiem & scene. This revolution was ignited over social media, and we had to summarize the whole story for those days before, during and after the revolution in a summary slide-deck that went viral and a public photo set. 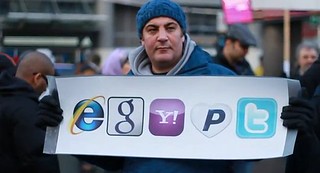 Few months later, as a serial entrepreneur, Andrea decided to make a major entrepreneurial move by moving out of Interact SpA and creating his own startup with David Riccitelli Insideout10 SRL to bring a step forward their own restless dedication towards online innovations, and with special focus on another major passion the semantic web – where the web is about things not strings! It is the next generation web where computers understand the needs of human beings and makes the online journey looking for content and services easier and richer discovering more facts and exposing more values. At this moment, the very first version of our first semantic web product, Wordlift, took place. Wordlift started basically as WordPress Plugin that provides an easy-to-use method to enrich user-created text (a blog post, article or web page) with HTML Microdata, and evolved across different versions to be the tool to help bloggers, publishers & content creators to organize their posts and pages using “concepts” like we do in the real world. Accordingly, Interact Egypt was reborn again, instead of being the regional office for Interact SpA, it was the sister company for the new startup, Insideout10 S.R.L having an amazing team back in Rome including Maurizio Sarlo, Francesco Scavelli and Kim Renberg as first believers of this new path. This move was a major change to our team, where for the first time we had to become a startup ourselves since we were not relying anymore about the Italian mother company. We grew our own footprint unleashing the potential in Africa where we started building online music and online advertising platforms. Moving the the Gulf (GCC) region, where internet speeds were even booming, our streaming platform was the exact solution for Telco operators who wanted to provide streaming services to their customers, starting by Saudi Arabia and Kuwait. 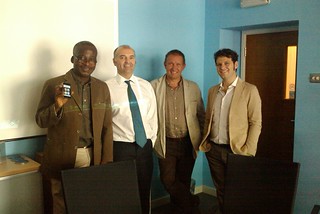 Moving forward to the next years after the revolution, namely 2012 & 2013, it was challenging & tough time for us due to the overall situation in Egypt. The elections for a new president, was a unique experience that many Egyptians had not witnessed for the previous 30 years, or (if age is less than 30) then it was a first-time experience. We had our contribution here too: Our social media monitoring report about presidential candidates went viral & trending over slideshare and also received the attention of international media like BBC, CNN and Wamda https://twitter.com/slideshare/status/214366046247845890 https://twitter.com/samuelcnn/status/214326101504311296 Back to our core business, Enterprise Content Management Systems (ECMS) and media delivery, the year 2012 was major year for technology advancements on both fronts. In digital media, the new MPEG-DASH (Dynamic Adaptive Streaming over HTTP) technology started to evolve, we witness that clearly during our visit to IBC in Amsterdam, where we celebrated the launch of our second major product (after wordlift) which is then code named HelixCloud. HelixCloud is basically a middleware that provides a management framework and an intuitive Web UI on top of Helix Universal Server to help ISPs, Telco Operators or large enterprises to take control of their streaming platform. This product has changed the way our customers do streaming business. For example in A1, Austria’s leading telco operator providing them with a scalable and robust future TV platform that boosted their revenues through ingesting advertising in video playlists as well as lowering operational costs. It was a busy year though in 2012, between launching new versions of the mobile portal for Tunisiana (our telco customer in Tunisia), Augmented Reality for Enel (energy customer in Italy), upgrading the streaming platform of FastTelco (Telco customer in Kuwait), boosting back travel industry in Egypt through events & trainings and also launching social media contest for Savoy Group (travel customer in Egypt, a leading hotel complex in Sharm el Sheikh). Good news also was that, again our products like wordlift were getting media attention. This is also beside lots of work also on the Italian side, summarized in the next leaderboard video. http://www.youtube.com/watch?v=eOyW8LrK_Dc

Moving forward in 2013, the new spin-off called Redlink became finally a reality, providing semantic technologies to news & media, and changing the way computers work for people! This was the year of linked open data for us, where we started heavily focusing on these technologies and providing it to our customers like the linked open data for Enel project, and other projects across Europe as well. The InsideOut Group now started to taking shape between the three companies, with a startup spirit! Having said so, back to Cairo, the major trend was the uprising tech startup eco-system that was really booming, with lots momentum going on, and we were actively there on several fronts like providing guidance to Entrepreneurs, speaking at and supporting events like Riseup Summit , launching Egypt’s first Augmented Reality meetup, and lots more. Although political scene was quite tough in Egypt those days, we managed to deliver our best quality of services and also expanded our services and footprint to South Africa, crafting a solution for democratizing the radio programing there! 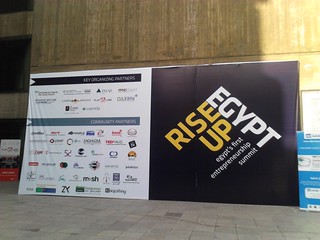 Another major milestone for 2013, towards end of year, was the start of MICO (Media in Context) project, a European Union part-funded research project to provide cross-media analysis solutions for online multimedia producers. The 3 companies of the group are working harmonically on that project while our role, here in Cairo, is providing interesting use cases for this research project.

Finally today, in July 2014, we are proud to make this long awaited announcement of our rebranding where our new brand is InsideOut Today. It is a new concept more than a brand, it is dynamic, open and community driven! Even our new logo is an open source algorithm that you can play with it yourself! Our team is growing, not only more geeks, but in several fronts also boosting every day our energy and focus. We work hard and play also hard 🙂 ! What do we need cross-media analysis for?

At InSideOut10 our mission is to create user-engaging experiences to help people interact with digital contents.  END_OF_DOCUMENT_TOKEN_TO_BE_REPLACED

July 21, 2014 by Andrea Volpini on Uncategorized

Our partner Fady Ramzy was one of the speakers at Mashable #SMDay2014 event in Cairo. END_OF_DOCUMENT_TOKEN_TO_BE_REPLACED