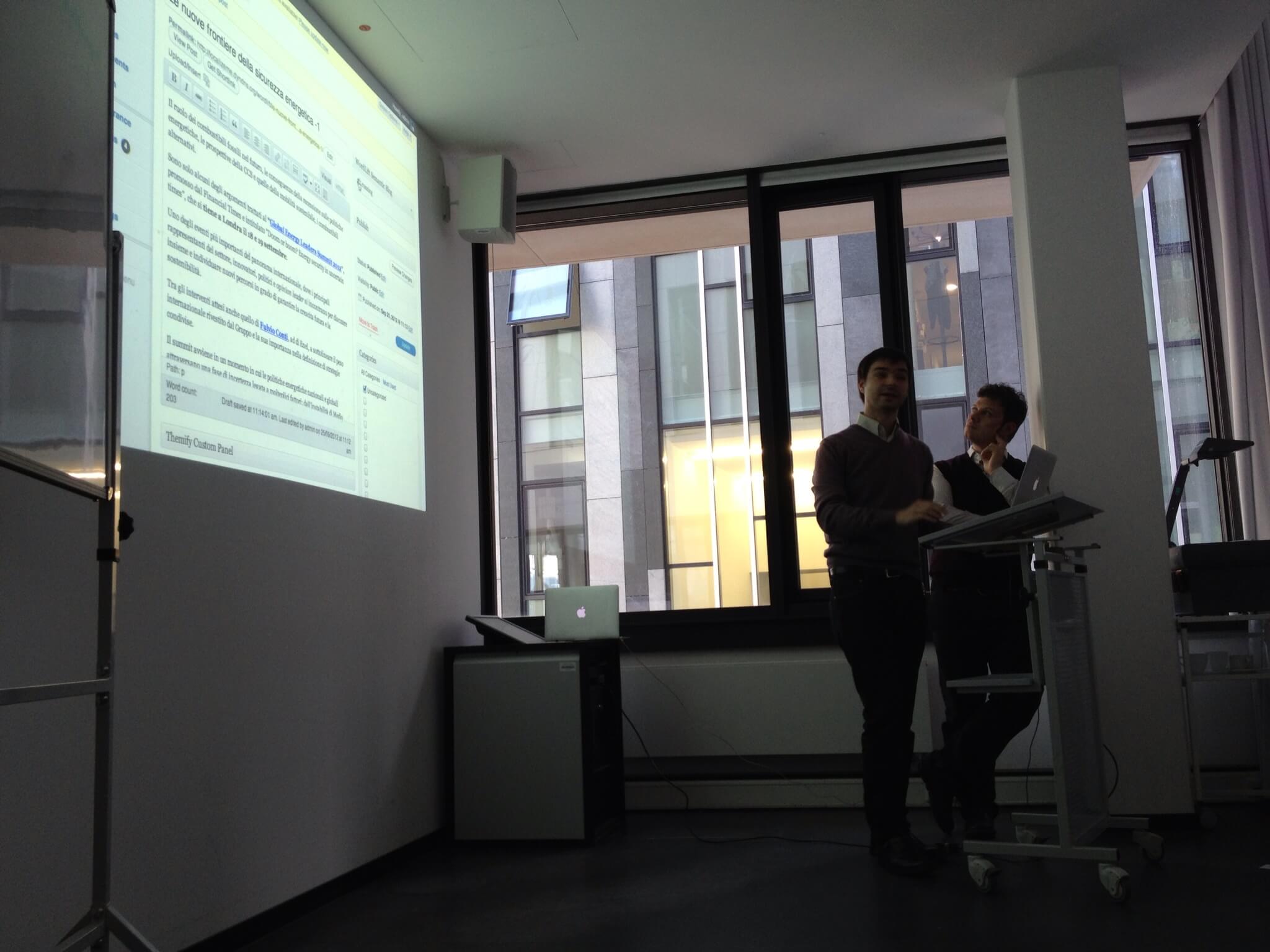 WordLift presented as semantic technology for the enterprise

September 25, 2012 by Ahmed ElMeligy on Uncategorized

This is a great news: a cluster of semantic and linked data technologies are now available within the Apache Software Foundation END_OF_DOCUMENT_TOKEN_TO_BE_REPLACED

September 20, 2012 by Ahmed ElMeligy on Uncategorized

WordLift becomes part of the Open Company strategy of Enel

September 18, 2012 by Ahmed ElMeligy on Uncategorized

MPEG-DASH represents a brilliant attempt at a unified HTTP adaptive streaming standard that can bring the overall digital media industry a step forward.

END_OF_DOCUMENT_TOKEN_TO_BE_REPLACED

September 14, 2012 by Ahmed ElMeligy on Uncategorized

When it all began…

It has been a long time since our team (working back then for the third largest ISP in Italy and in collaboration with a theatrical production) sent live over the Internet the first multimedia packets bundling a live audio feed (using RealAudio 1.0) with a sequence of images pushed every second with Meta refresh (a legacy method that instructs the browser to automatically refresh the current web page after a given time interval). And I’m not here to reminisce the beauty of these times since: yes, we were all very excited that it was possible to build a TV on the web but…there was no audience for most of our performances.

In these last 16 years since the RagDoll experiment (RagDoll was the name of the theatrical production) we’ve seen a wave of technological enhancements in Streaming Media driven primarily by the idea of a world of purely Internet-based, on-demand and live TV productions that would have replaced completely traditional broadcasting. It didn’t happen: TV Broadcasting went also digital, and Streaming Media remained focused on delivering audio and video to the PC (using Flash Video – people still kept asking “do you think people really watch video over the Internet”) and eventually moved to the mobile space (using RealVideo and 3GPP – and I still remember how great it was to help pakistani people watch cricket games with their phones when the TV was off because of continuos power outages) and finally arrived on smart phone and tablets of all kinds (along with a crucial question “is an iPad closer to a larger phone or to a TV?”).

Get familiar with MPEG-DASH and be ready for the transition – keep this standard in mind when planning your new publishing/encoding projects.

The uprise of the App World: Mobile Video goes mainstream

Enabling video on touch devices was a big hit (and still is – 66% of mobile data in 2014 is expected to be video accordingly to QuantCast), it did impact the telco business, the broadcasting industry and last but not least the TV in our living room – (better in yours since from the RagDoll experiment I only use a PC and a projector); from “Connected” the TV became “Smart” and now Apps are flowing in just like on all other screens.

From the technology point of view the Streaming Media world has been heavily characterised by a strong fragmentation of protocols, video codecs and well of course devices – but things did change with the introduction of technologies such as HTML5, H.264 and HTTP Live Streaming (HLS) – a wave of standardisation is on the way and this is where MPEG-DASH (the dynamic adaptive streaming via HTTP standard) comes in place.

The pace of industry changes seems to be increasing. The next few years we will see dramatic shifts on how viewers find and watch movies and TV shows, and how video publishers distribute their programming – eventually Streaming Media and Digital Broadcasting will blend completely but this can only happen if the standardisation moves forward. As of today there are three competing HTTP adaptive bit rate streaming technologies: 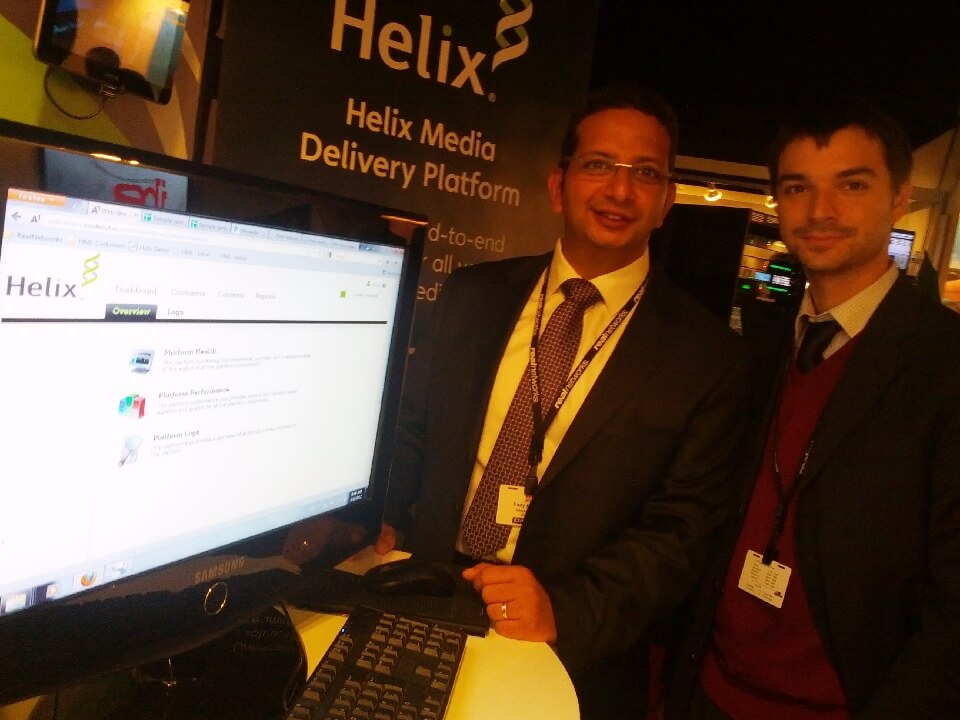 RealCloud – our Video Cloud solution for MPEG-DASH presented at IBC2012

Why MPEG-DASH is so important

How we can help you deliver your contents using MPEG-DASH

If you’re interested in understanding how Helix Universal Media Server and our middleware that was presented at IBC this year can help you introduce  MPEG-DASH on your delivery infrastructure send us an email at sales@interactegypt.me or get in contact with our Cairo office.

September 14, 2012 by Andrea Volpini on Digital Media, Online World
This year we’ve been looking at the “Second Screen” technologies at IBC in Amsterdam – “Second Screen” is the use of an additional monitor (e.g. tablet, smartphone) while watching television. It allows the audience to interact with what they’re consuming whether it’s a TV show, video game or movie.
After reviewing the leading technologies in this sector my real question was: “are we building the Tv of the future or are we just too afraid our audiences is already watching something else?” READ MORE on the InSideOut10 Blog
September 11, 2012 by Andrea Volpini on Digital Media, Online World

I’ve been scouting for Social TV frameworks at IBC this year and I still see a lot of work to be done in this direction to successfully blend the TV experience with digital media (namely Mobile Apps, Web and Social Networks); END_OF_DOCUMENT_TOKEN_TO_BE_REPLACED

September 11, 2012 by Ahmed ElMeligy on Uncategorized