“Technology, media and fake news in the post-truth era” was the title of the sixth edition of the annual Alexandria Media Forum, where we, as InsideOut and Wordlift, we’re proud to be the community supporters of this edition. As a key player in the digital media business in the Arab region & Middle East we supported the forum where Fady Ramzy was a keynote speaker at the opening panel and also Andrea Volpini provided a session about the power of Artificial Intelligence powered SEO in building a rock solid content strategy for the news & media industry. 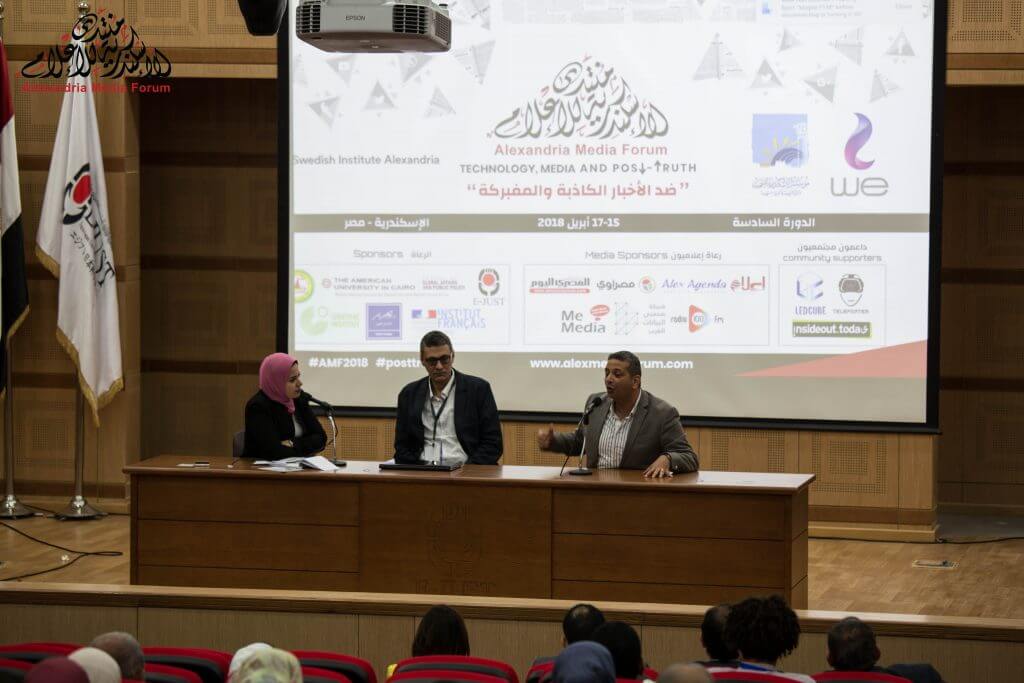 In a country with a population over 100 million, where half this number are connected users with annual growth of 41%, the opportunities for the media industry, especially online, are massive. Also, the enormous usage of social media plays a crucial role in news and media distribution with Facebook and Youtube are at the top successively. Another big opportunity for online media is the widespread of 4G networks and wide adoption of mobile internet. Last but not least, as a result of all these, is the steady rise consumption of video content.

Challenges are mostly around the proper business model, which is still a mystery for most online news & media hubs. Despite some positive vibes in the past few years here where this industry witnessed the birth of few digital pure players (like Egyptian streets), still, mostly the basic advertising model is dominant. Moreover in the TV & print  media still most of the focus and investments are around traditional media although they are online (through websites, social media, mobile apps) but still in a primitive shape that doesn’t drive solid revenues.

Andrea joined the forum remotely through skype providing a super interesting session about how can Artificial intelligence help publishers expand traffic using semantic technologies and keeping readers engaged by helping machines understand what the content is about.

Andrea started his session with quick but solid advises for online publishers, as follows

Moreover, it’s crucial now for online publishers to understand that structured data is the foundation of the new web, specially chatbots and voice search. More details about this interesting topic are here in the slide deck below

Since the main topic was about fake news, the forum also presented interesting experiments for news verification & fact-checking across the Arab world and Europe like